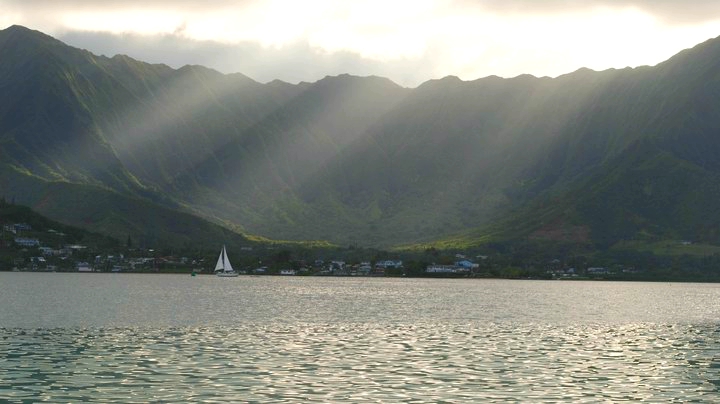 For my entire life, I never knew what it was like to have a large extended family. The majority of my upbringing was spent with my parents and my brother, then a few distant relatives that we spent some holidays with as well.

My father was adopted and my mother has a rather small family. Though my father’s adopted parents were beloved and supportive grand+parents, there was always a lingering mystery for me as to my paternal ancestry.

I knew that he was adopted, and was told that his birthmother was a young Italian girl who just didn’t have the means to raise a child.  But being the ultra inquisitive person that I have always been, I frequently questioned these unknown biological roots further (though never receiving any other facts).

It wasn’t until I was married, starting a family of my own, and then plagued with health issues, that I became a bit more aggressive in my quest for answers. A journey in which led me to finding the legal decree of my father’s adoption. With those papers, I learned his full birth name that was given to him by his biological mother.

*COINCIDENCE #1: My father’s (birth) middle name is the same middle name that him and my mother gave to my brother (without knowing!)

With this information, I did some detective work, but came to a dead end because state laws would not grant requests for further information, without the person in question’s permission (unless they were deceased). Given that my dad hadn’t yet opened up to the possibilities of exploring this familial past, I decided for the meantime, to just let things be.

That was over four years ago.

Then this past New Year (2017) came around, and S approached me with an idea. He had seen a commercial for Ancestry DNA and thought that it could be a great option for me to explore.  If you’re unfamiliar, it is the largest consumer DNA database. With their services, you have the ability to order a kit, send in a saliva sample, and then have your DNA analyzed at more than 700,000 genetic markers. You are then provided with an ethnicity breakdown report and possibly even DNA matches from the over 3 million other consumers who have also taken an Ancestry DNA test.

This was an exciting idea to me, so I approached it with the outlook of finally reaching some answers as to my full ethnic makeup. I ordered a kit, sent in my sample and was patiently waiting for the results.

This past Thursday night (April 13, 2017) I received the e-mail announcing that my results were ready!

Rushing to login, I typed in my account credentials at basically the speed of light, while my mind was spinning and my heart was racing! I mean the anticipation had been building up for this moment, basically all of my life. I sat in front of the computer with my test results pulled up on the screen. There were two main sections; the first displayed a pie chart with the percentage breakdown of my genetically found ethnicities.  (There were no big surprises there, I’m a complete mutt – origins from Italy, Greece, Spain, Portugal, Poland, Ireland, Palestine, Russia, France, Belgium, Germany, Sweden, Armenia, Iran, Turkey). But, the big shocker was the second section displayed on my user portal – the “DNA MATCHES”.

There are different levels of certainty labels for these DNA matches. The highest level is “Extremely High”, with basically almost 100% certainty. AND I HAD SEVERAL “Extremely High” matches, which were also in the category of “Close Family” – not the “1st, 2nd, or 3rd Cousin” category… I’m talking, CLOOOOOSE FAMILY MATCHES!

I immediately opened these tabs. The #1 closest match did not have public user information available to view, but the #2 did. His profile showed a user photo… and he DEFINITELY looked like he was a relative of my dad!! I then opened up that user’s family tree and saw that it included THE SURNAME THAT WAS MY FATHER’S BIRTH SURNAME!!!!!!!!!

I couldn’t believe my eyes! So then I did what any investigative basic would do… I LOGGED ON TO FACEBOOK. (lol)

I typed in the name from that user match, and with only one narrowing of search terms, I FOUND HIM!

So I sent a message (okay maybe a few) and within not even 12 hours after receiving my DNA results, I HAD FOUND AND CONFIRMED WITH HIM (MY BIOLOGICAL UNCLE) THAT THIS WAS MY FATHER’S LONG-LOST FAMILY!!!!! (My biological grandmother, uncles, aunts, and cousins!!!!)

And as if that wasn’t crazy enough, let’s get to some of the first observed INSANELY wild facts that we all realized once we dove in to initial conversations:

*COINCIDENCE #2: My father’s legal name that he grew up with (given by his adopted parents), was the same first name as one of his long-lost biological brothers!

*COINCIDENCE #3: The town that my dad grew up in as a child and teenager (with his adopted family), IS THE SAME PLACE THAT HIS LONG-LOST BIOLOGICAL MOTHER AND SIBLINGS GREW UP AS WELL!

*COINCIDENCE #5: It was Good Friday when all of this commenced, and the most recent sermon that I had listened to was on the topic of “God’s Timing”.

So after first speaking with my father’s biological brother and his wife, I called my dad to relay the news.

He was in awe and disbelief. I mean, it truly was unbelievable. But in essence, he was within positive spirits and gave the blessing for me to continue further.

The next step was for me to call his birthmother, my biological grandmother.

So I did, and it was otherworldly getting to speak to her for the first time — the woman that I often wondered about as a child (what she looked like, what her name was, was she really Italian? lol).  And now we have a beginning to a newfound familial relationship!!!!

To my even further delight, this newfound extended family was just as open to sharing and swapping information as I was!

My father’s birthmother shared the rather tough beginning to her life story.  She too, like my father, was adopted as a child.  Then, being back in 1960, it wasn’t uncommon for an unwed pregnant woman (let alone a teenager) to be ostracized;  which is what seemed to have occurred in her life, until ultimately being sent away to a “home”/convent to give birth.

Sadly, in the postwar era of our country’s history, unwed mothers were not treated very kindly, and most times (in the point of view that I have reached from research) unfairly pressured in to placing their babies for adoption. According to a Public Broadcasting series that I watched in regards to this time in history, a family’s reputation was basically more prized than providing loving support for a young mother and child.

I now understand that in those baby-boom years following World War II, this was considered the societal norm. This led me to also believe that there undoubtedly has to be many other families today in the position that we found ourselves in.  Sadly though, many will probably never get so blessed to find such answers like the ones just bestowed upon my family and I.

And that’s partly because majority of these historical adoption proceedings were done with strict anonymity. Luckily for us though, since my biological grandmother was also adopted, one of her son’s was just as inquisitive towards their long-lost ancestrial past as well.  He had his and his mother’s DNA tested through the same Ancestry DNA program, then some time later, here we are with my newly added DNA to the database – and the puzzle pieces finally came together!

Now within the subsequent talks, my biological grandmother explained to me just how much she loved her firstborn son, my father.  She revealed that she still carries with her to this day, her only photograph of him, taken when he was a newborn.  She further declared to me, that she did not want to give him up, and vividly remembers lying in bed holding him, crying out because of the uncertainty of her future. She tried to keep him as her own, but in the following months it became utterly apparent that placing him for adoption would provide him with the highest probability of a prosperous life.  The story she shared of his actual adoption placing is beyond heart wrenching, picturing a young teenage girl handing her son to a nurse who then states, “Oh, what a beautiful baby!”, to then never see him again (or at least for 50+ years!!!!!). My gosh, I cannot. even. imagine.

As I’m writing this story out today, it has now been 3 days since the initial findings and reveal.  Then last night, our long-lost family met each other.  :)

*COINCIDENCE #6: My parents’ current house is only 6 miles down the road from my dad’s long-lost mother’s home!

The initial meeting was nerve-racking for all of us, but in true God’s glory fashion, all of us family members are just as genuinely hard-working and sincere as the next… what a further blessing, to not only find such long-lost answers, but to also not be letdown upon reviewing!